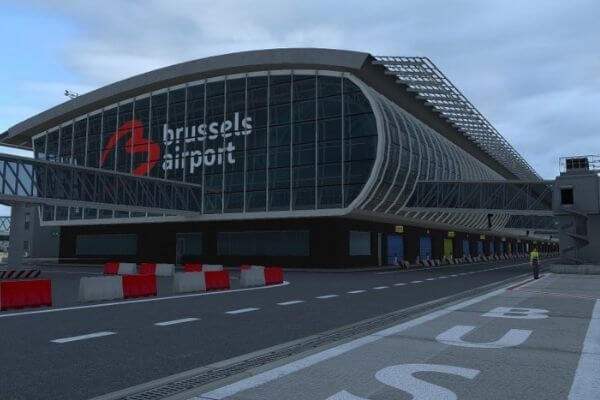 Brussels airport is using RFID solution for passengers to track their luggages when landed. This solution is using Impinj RFID reader and tags.

In 2019, a total of 26.4 million passengers flied to 207 airports through 64 airlines from Brussels Airport. They carried 42,000 pieces of luggage per day. To improve the experience of passengers from other regions, Brussels Airport has launched a service that automatically informs passengers of the status of their luggage.

So last year, the airport started working with a number of technology companies. Subsequently, it deployed the so-called bTag experience, including the activation of passive UHF RFID tags added to the luggage, and RFID readers installed at the baggage reception and transmitted to the carousel area through the luggage belt, so that passengers can clearly know when and where the luggage is received.

Aucxis deployed and tested the bTag system, while the airport developed its own software and applications to manage data for passengers’ use.

Glenn schnieders, product manager for the Internet of Things at Brussels Airport, which operates the airport, said the aim was to provide visibility to passengers who want to ensure when and where luggage is available. “The experience of passengers waiting by the luggage belt can be stressful at times.” Because the luggage may not have arrived, or it may be on another baggage belt, or has been taken away.

“We want the passengers to relax before the luggage goes into the luggage compartment. People who can check the status of their luggage in real time can arrange their trips to the airport according to the location of the luggage, such as shopping and coffee, instead of waiting by the luggage belt. ”

In order to be able to use the system, passengers must first obtain a bTag, which is the same size of a credit card and can be attached to the luggage and reused multiple times according to personal needs. BTag is sold on the airport website for two bags of 8 euro, with built-in UHF RFID tags.

After buying a bTag, passengers must scan the QR code printed on its surface and enter the ID information and phone number to activate it.

The airport has customized web applications for the bTag system, so “there is no need for users to install applications on their phones,” Schneiders said. The software associates the unique ID number encoded on the RFID tag with the passenger’s identity information.

Passengers can attach the bTag to the luggage to be taken to the airport and check the luggage at the Brussels airport counter as usual. Airport facilities read the tag ID only when inbound flights arrive at Brussels Airport.

When a passenger flight arrives at Brussels Airport, the Impinj xspan RFID reader installed at the baggage reception will capture the tag ID and transmit it to the software. The software links the tag information to a specific passenger and his or her phone number and automatically sends a text message indicating that the passenger’s luggage has arrived and has been unloaded from the aircraft. Then, passengers are free to go to the baggage carousel, or browse shops and taste snacks.

When a bag reaches a specific carousel through a conveyor belt, another RFID reader also captures its tag ID and prompts the passenger with another message indicating which carousel the bag is going to go to. Passengers can see these messages in the app without receiving text messages if they want to.

The airport has designed the software to be stored both on its own local server and in the cloud, so that it can analyze the arrival time and location of all bags.

According to Rick heirman, account manager and business consultant at aucxis, the system was tested for proof of concept (POC) to identify label types and the best detection points. During the test, the reader is installed on each baggage conveyor belt to capture tag data and transmit it to the software platform.

This POC simulates the actual solution in a small scale in a controlled environment. “After selecting the right tag type, we have the required checkpoints on each baggage conveyor.”

The complete deployment of the system has been completed in the summer of 2019. “The final installation and commissioning of the hardware and middleware at Brussels Airport is very easy because of the preparation ahead of time,” Herman said At the end of last year, relatives and friends of airport staff were the first to use the system.

Airports choose to use passive UHF RFID tags, which can be attached to each bag for a single trip and then reused by frequent flyers. “Due to airport security requirements, we have limited options in terms of luggage, that is, we can’t put trackers with active batteries on them,” Schneiders said. Therefore, we quickly chose passive RFID as the main technical solution. ”

The system enables airports to improve their baggage handling accuracy, as recommended by IATA resolution 753, so that baggage can be uniquely and automatically identified in the event of a change of custody. “As an airport manager, we have been in contact with IATA to improve aviation safety and innovation. The primary goal of us and IATA remains passenger safety. ”

What do you want to know?