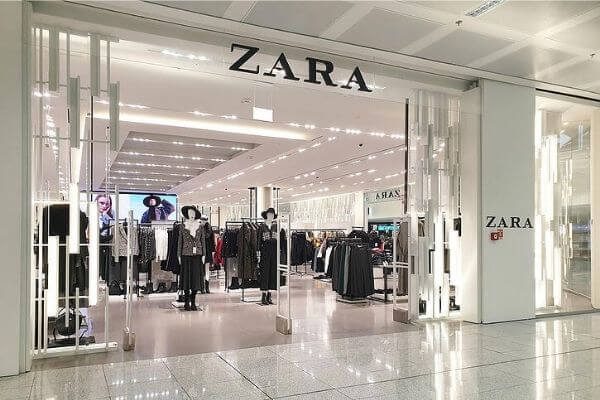 Due to the impact of the epidemic, Zara’s parent company, Spanish fast fashion giant Inditex, is expected to have a quarterly loss for the first time, but relying on a unique logistics model, they still show a strong resistance to pressure and are expected to “new normal” after the epidemic, to gain an advantage.

Compared with most retailers, Inditex has always pursued a “lightweight inventory” strategy. Most of their commodities are produced in production centers in Spain, Portugal, Morocco and Turkey, and then shipped to a few logistics centers in Spain. After that, Inditex will deliver the goods to the stores two to three times a week according to the specific needs of the stores around the world.

Most Inditex’s inventory are kept in the stores, and these stores also play the role of e-commerce distribution centers. Through this model, Inditex can turn over goods faster and put on new products, while maintaining a low inventory level to avoid the inventory backlog caused by various unexpected impacts on sales, such as abnormal weather or the epidemic this year.

“E-commerce business has been integrated with our entire business structure from the day it was launched, which is very important.” Inditex’s executive chairman Pablo Isla said in an interview: “We naturally adapt in the online world, all of this depends on RFID. We cannot do this without this technology.”

It is also this model that caused Inditex to close its stores when the outbreak occurred, and many retailers generally faced an inventory backlog. They encountered an unusual problem: after launching a series of discount promotions online, their inventory was in April. There is a shortage.

Inditex sent an unusual request to employees: recruiting volunteers to return to the store to retrieve the clothing and accessories stored there to meet the needs of online channel sales.

This model not only helped Inditex to resist the pressure of the epidemic, but also allowed them to better adapt to the new environment after the epidemic passed. Under the influence of factors such as limited offline customer traffic and maintaining social distance, the importance of online channels will be increased day by day.

“Before the New Crown Outbreak, Inditex’s online sales accounted for about 14% to 15%. No doubt that this number will increase rapidly.” Richard Chamberlain, European retail general manager of the Royal Bank of Canada Capital Markets Department said: “The advantage lies in the centralized inventory model. They will ship inventory to stores around the world two or three times a week, so even if it is to achieve global delivery, it is not difficult.”

Chamberlain added: “Inditex’s balance sheet is very healthy, which allows them to have a good pressure resistance in the long run and be able to properly handle their employees and suppliers.”