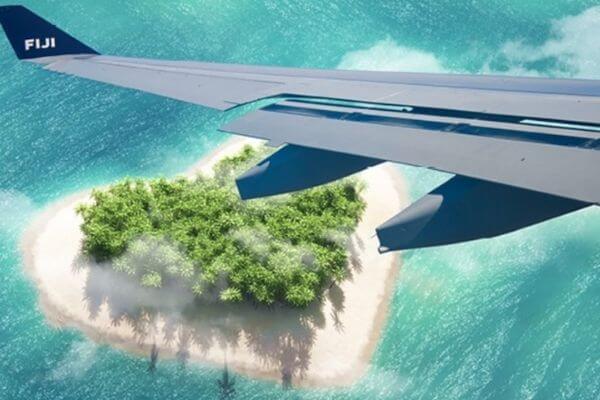 Fiji Airways is an international airline headquartered in Nadi, flying to 10 countries including the United States. Airlines conduct regular inspections on a monthly and weekly basis to monitor the number, condition and expiration date of emergency equipment in the cabin. Before installing the RFID system, each inspection from a small aircraft for 90 minutes to a large aircraft for 8 hours, must ensure that all equipment is in place and in normal working condition.

Fiji Airlines now has more than 4,000 UHF radio frequency identification (RFID) tags installed throughout its fleet of 15 aircraft to improve onboard emergency equipment (eglife vests, life rafts, oxygen bottles, fire extinguishers, extension seat belts, earmuffs, flashlights, survival kits as well as oxygen generators across the A330, B737, ATR, and Twin Otter fleet.One of the first of the Oceanian airlines to use RFID technology.

Fiji Airways reported that in-cab inspection of emergency equipment using radio frequency identification technology is faster and more efficient. And said that now an aircraft only needs to complete the inspection within a few minutes.

In addition, it can prevent flight delays caused by delays in emergency equipment inspections. When inspectors work on the plane, they simply open the TagControl APP on the reader and start checking from one end of the cabin to the other. The reader captures the tag ID via RFID and forwards the collected data to the tag control software via a cellular connection. If the system detects that any item is missing, expired, or requires maintenance, it displays this information for the inspector and uses it for management to resolve the issue.

The next step in Fiji’s RFID deployment is to automatically track its seat covers. The airline regularly disassembles and cleans each seat cover, and RFID technology will enable the company to gain visibility when each seat cover is cleaned and replaced. Andrezio said: “Our goal is to track the cycle of cleaning times and determine whether the seat cover is installed in the right position.”

Fiji Airlines is also investigating other projects in the spare parts environment. However, in the long run, airlines want their suppliers to be able to provide RFID tags on the devices they sell.